Dr. Brown’s Bottom Line: Friends, we need an awakening in our own hearts and lives that will shake us out of what the media and society has been telling us, out of the compromise that surrounds us, out of the moral malaise, and help us to remember that God created male and female for a reason. God’s ways really are best, and the soul of our nation, from our children right up through our churches, is under attack right now. Let us stand and be strong, it’s not too late to turn the tide.

Dr. Brown’s Bottom Line: Change must begin in the house of God. The revolution must first happen in our hearts, lives, minds, and our way of doing things before society can be revolutionized. For a generation or more, rather than the church changing the world, the world has changed the church. It’s time for us to recover our counterculture call as God-filled, Spirit-breathing, Jesus-loving, biblically based, holy-living disciples who change our world by changing ourselves. How? By first getting with God; when you meet with God, you’ll hear the trumpet call and realize it’s wake-up time! We must wake up from our slumber; we’re not here for ourselves, we’re here for God and others. Let’s stand up for what’s right, reach out to the homosexual community with compassion, and resist the agenda with courage, and we will see change come.

A Queer Thing Happened to America by Dr. Brown 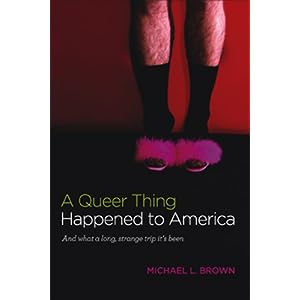